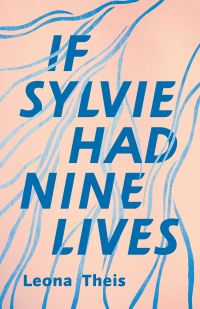 Do you ever look back and wonder, What if...?

Meet Sylvie -- funny, sly, sensual and flawed. She can't always count on herself to make good choices. Like all of us, Sylvie must make decisions that have reverberations for years to come. Unlike the rest of us, Sylvie gets to live more than one life.

Leona Theis's first book, Sightlines, linked stories that form a portrait of a town, won two Saskatchewan Book Awards. Excerpts from her novel The Art of Salvage were shortlisted for novella awards on both the east and west coasts of Canada. Her personal essays have been published in literary magazines in Canada and the United States, won creative nonfiction awards from the CBC and Prairie Fire Magazine, and been nominated for a Pushcart Prize. Her stories have appeared in numerous magazines and anthologies, including The Journey Prize Stories and American Short Fiction, where her work won the story prize. She lives in Saskatoon.