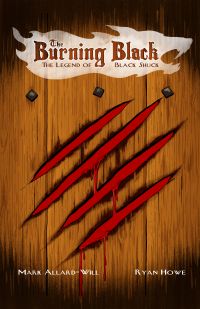 Deep in rural Suffolk, England, during the reign of Queen Elizabeth I, terror strikes at the hearts of pious Christians on a hot August night, when they are attacked by a beast known only as Black Shuck. In this reimagining of one of rural England's most famous folkloric tales, readers will be taken through the terrifying and mysterious story of Black Shuck, a mythic beast that would act as inspiration for Arthur Conan Doyle’s classic story, The Hound of the Baskervilles.