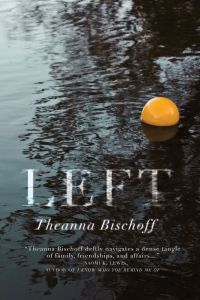 Twenty-nine-year-old Natasha Bell went for an evening jog, just like any other night – except now no one knows where she is. Not her sister, Abby – eighteen, eight months pregnant, and without a game plan. Not her childhood sweetheart, now ex-boyfriend, Greg, an introverted academic who could never bring himself to commit. Not her best friend Josie, a newlywed, born-again Christian, with whom Natasha recently had a falling out. And not detective Reuben Blake, who thought this case would be open ’n shut – a quick way to prove himself and move up the ranks. Missing person’s statistics suggest Natasha’s ex is the primary suspect, but what about the possibility of a stranger abduction? Or the possibility that Natasha left voluntarily or took her own life? What about Natasha’s mother, who took off eighteen years before her daughter’s disappearance? As days stretch into months and months stretch into years, the evidence that emerges seems only to complicate the picture more. Left explores the ways tragedy and secrecy erode and warp people’s psyches and their bonds to one other. What secrets might Natasha have been keeping? – and, for that matter, her friends and family.

Praise for Left"In Left, Theanna Bischoff deftly navigates a dense tangle of family, friendships, and affairs that comes loose at the centre with the baffling disappearance of the seemingly irreproachable woman everyone depended on."~ Naomi K. Lewis, author of I Know Who You Remind Me Of"... taut and compelling ... Left succeeds in drawing its narrow, dark universe."~ Meg Nola, Foreword Reviews"... the reader is kept guessing all the way through."~ Kerry Clare, Quill & Quire"Bischoff's literary talents are uncontested. Left is a well-written and engaging novel that successfully gives substance to the abstract-yet-next-door feeling that violent crime has when you hear of it happening in your community."~ Jay Smith, Alberta Views"The mystery is peeled like an onion, in a sure-handed and thoroughly entertaining read."~ Mark Lisac, Edmonton Prime Times"Left is a story of lost connections ... but it is also a satisfying whodunit."~ Sarah Murdoch, The Toronto Star

Theanna Bischoff is a novelist, creative writing instructor, freelance editor, and psychologist from Calgary, Alberta. Her first novel, Cleavage, was shortlisted for both the 2009 Commonwealth Writers Prize for Best First Book (Canada/the Caribbean), and the 2009 Re-Lit Awards. Her second novel, Swallow, was shortlisted for the 2012 W.O. Mitchell City of Calgary Book Prize. Theanna holds a Concentration in Creative Writing from the University of Calgary (2006) and a PhD in Developmental / Educational Psychology (2013). Left is her latest novel.